Skip to content
We have had the privilege of celebrating a few summer birthdays this year. Henry, my nephew, just turned the big “7” on the 12th.

He is big-time into art, drawing and building HERO FACTORY guys. When asked what his favorite H.F. guys were, he said: “Stormer XL and Furno XL.” I was somewhat familiar with what/who they were, but had to look them up. My Sis (his Mom) suggested I make a hero factory T-shirt for Henry’s birthday. I loved her idea. Henry loved, and is now I think “living in” his new shirt. Maybe I shouldn’t have made it white??? Hmm..
So here’s what I did…..
1. Looked up and printed out H’s two fav characters… 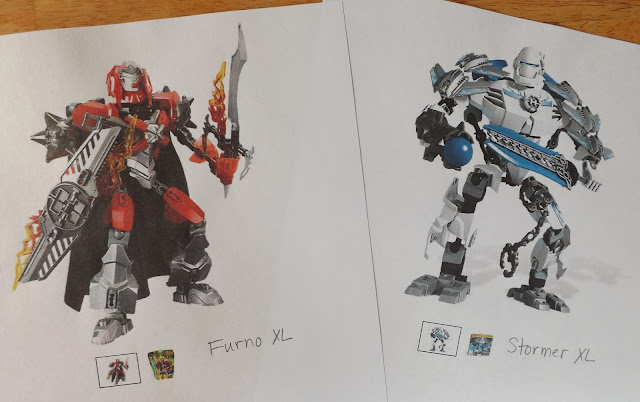 2.Started some rough sketches in my art journal to resemble the chest plates
of these two characters: 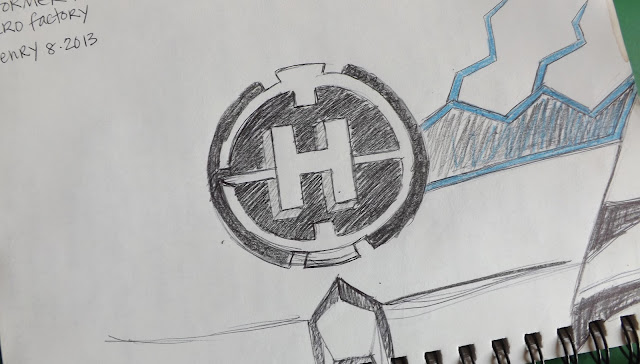 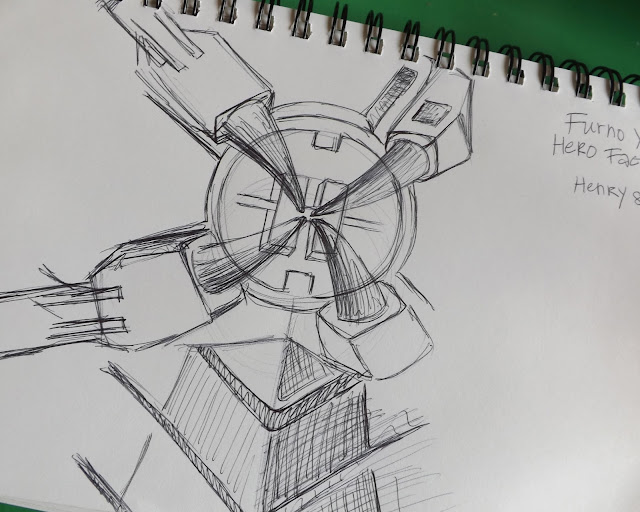 3. Buy a white, plain t-shirt from Hobby Lobby. (Here: a white one for Stormer, and a red one for Furno):
4. Convert my journal sketch into a freezer paper stencil for the front of the tee:
(just enough to get my design centered and going in the right direction) 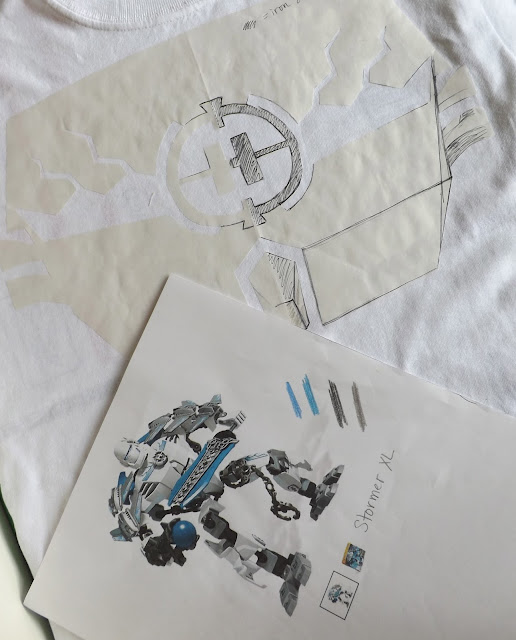 5. I started to paint in my stencil with my trusted Pebeo setacolor fabric paints:
(black, white and turquoise only) 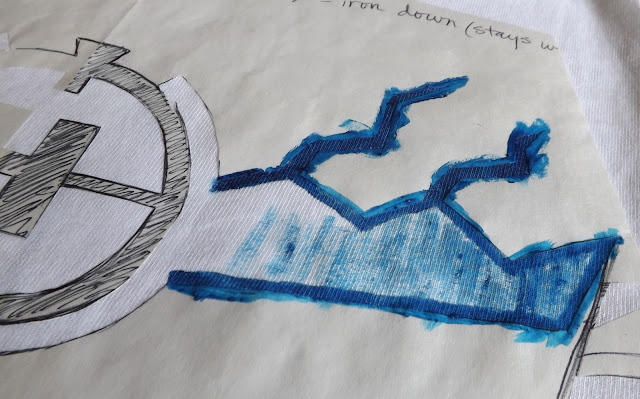 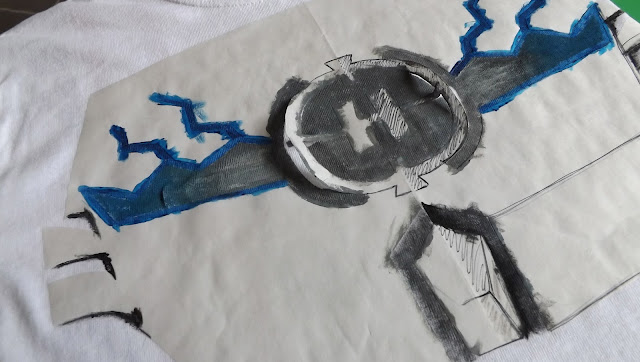 6. After I filled in my generic stencil, I pulled off the freezer paper, and hand-filled in the rest: 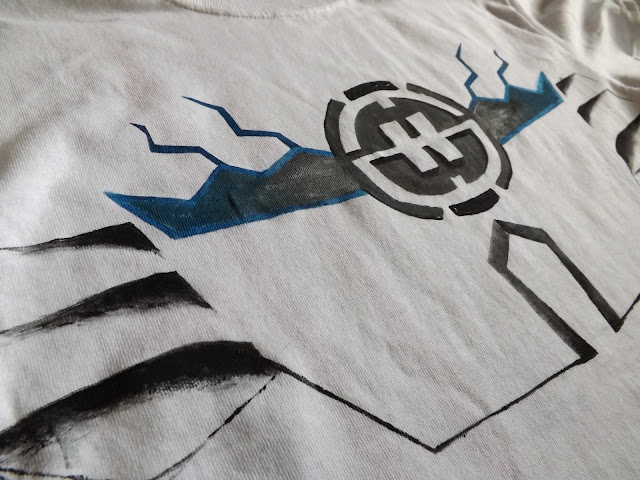 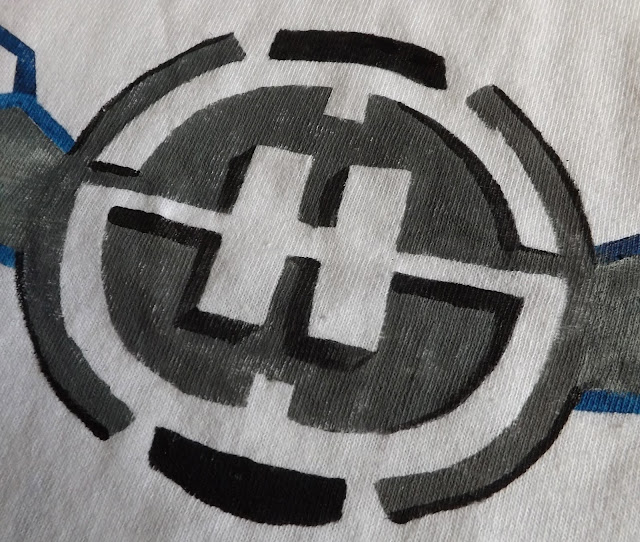 Later on, I decided the lower half of the tee needed some “beefing up”, so I added a few more black lines as you see with Henry wearing it: 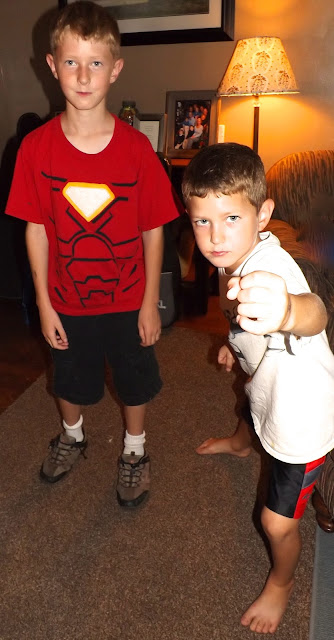 Last year I made the bigger boys (Peter and Ben) some super hero shirts that I see are still favs… and, to my amazement, are still in rotation within their summer wardrobe. See them HERE. The fact that my nephews will wear (often) something I’ve made them, is amazing, humbling, and priceless to me. They are so fun to make things for….especially WHY I delight in making them things that cannot be found commercially for purchase. 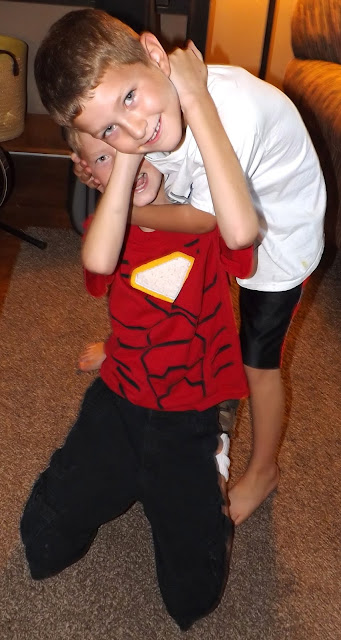 Do you think that Ironman will survive the clutches of Stormer XL? We will see!
And just cause you’re maybe still wondering???..I ran out of time before finishing Henry’s other Furno XL t-shirt. By all recommendations, I will still be finishing it, but saving it for Christmas. Thinking about adding some daily-wear matching costume sweatpants to the outfit. He’ll just love it. Yes, I will do just that for this awesome boy. And maybe another pair of pajama pants I promised long ago to finish too.