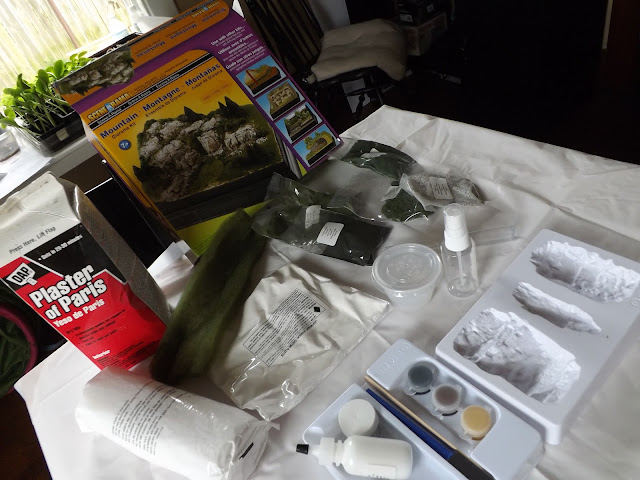 Yesterday for Art Class the boys got to build their own diorama! We used a box kit from Michael’s Art & Craft store, “Scene-A-Rama, Mountain Diorama” ….and some extra plaster of Paris I had. 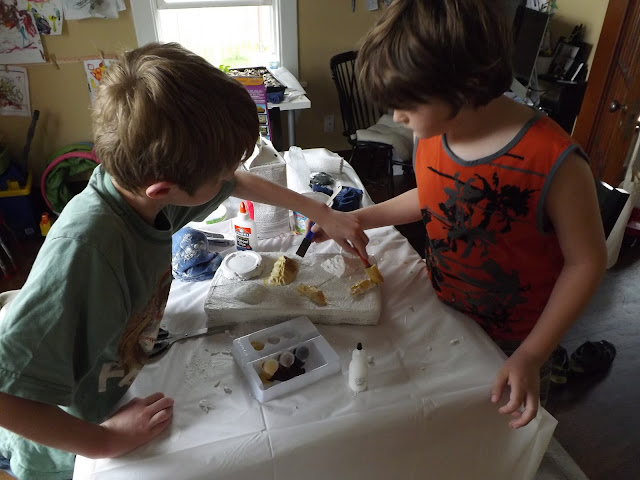 The boys jumped right into it and were VERY excited! They decided to collaborate on one diorama, instead of building individual ones. I enjoyed watching them work together. Here, they have already made their base of a shoe box lid and styrofoam, laid plaster casting,  poured plaster rocks and are painting them. 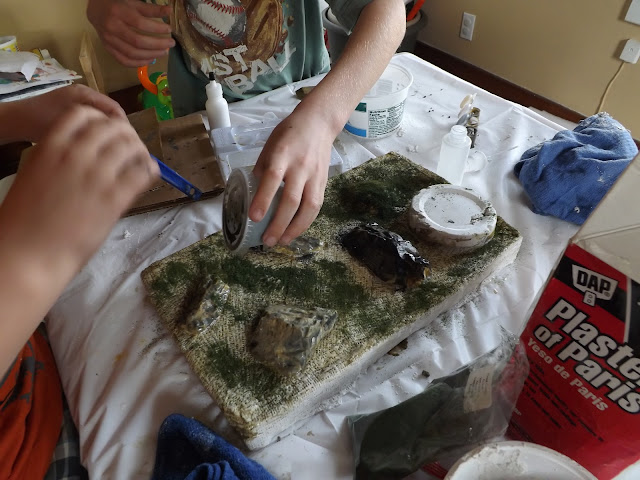 Here they are adding layers of ground cover, and the rocks that they died a “rocky” color: 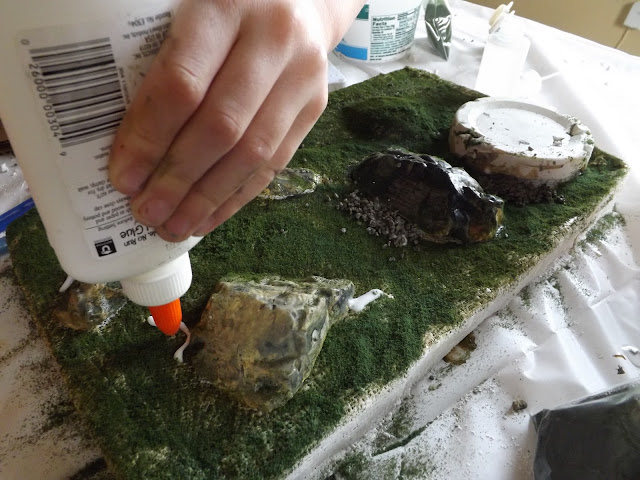 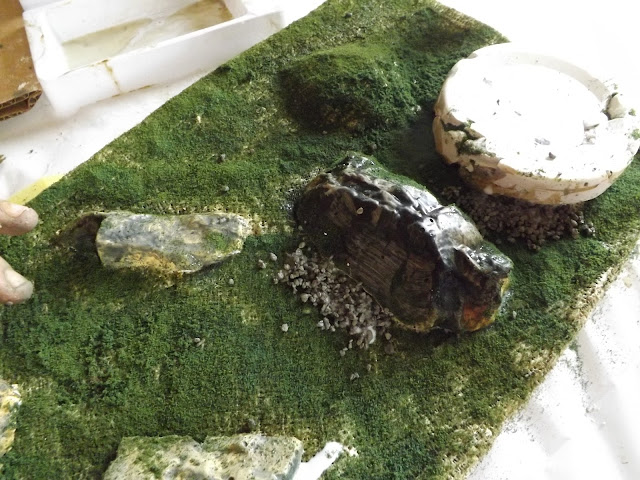 Peter added his own “grassy mound” on the back left, and Ben made a landing pad (poured plaster into bottom of a butter container). These boys sure are creative! Steven and I were pretty impressed by their work after they were done! Peter even brought over a custom-designed Star Wars ship to add to the top of the landing pad. Just perfect.
I can see this diorama making its way into their movie scenery (they like to make stop motion videos), and as a setting for many clay figuring battles! Love that they can make more dioramas later-on and add to this one too. Great & fun project!!!! 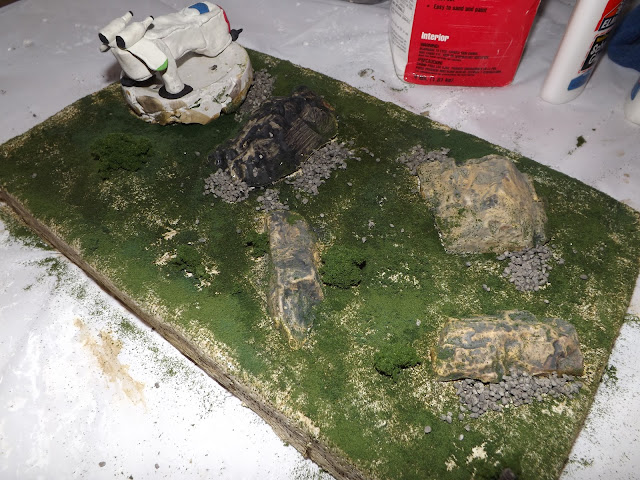 In March, I introduced them to “secret codes” and encryptograms. Here they were practicing to write their name, drawing only the negative space around each letter. I love exposing them to different types of art mediums, such as markers, crayons, oil pastels, chalk, watercolors, acrylics, etc..! 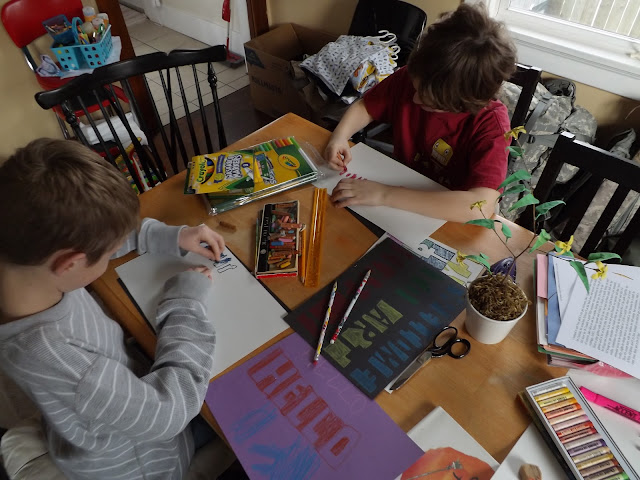 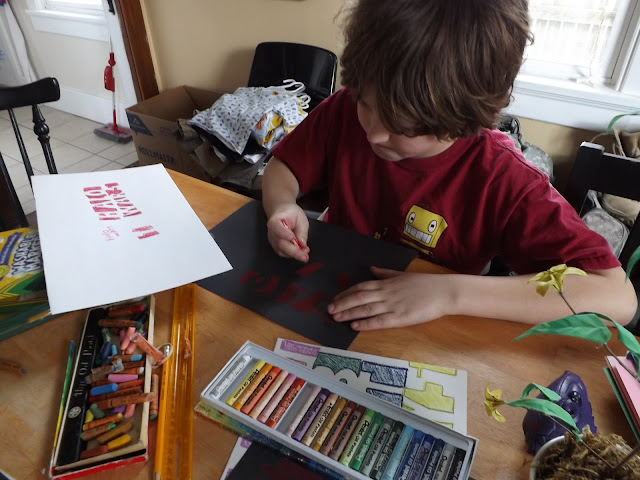 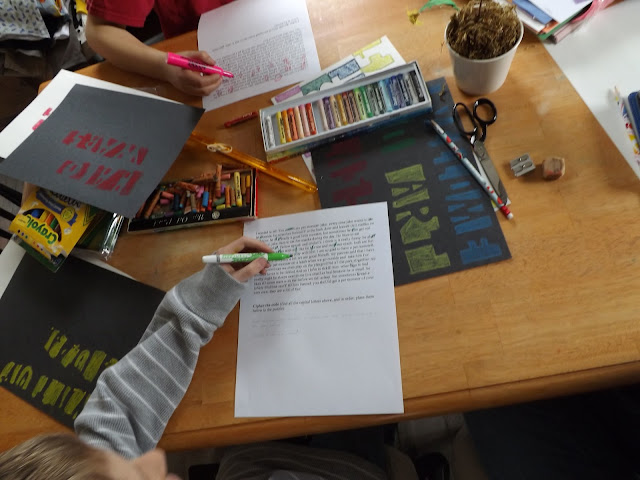 And in April, we all got to experiment with scratchboards. (A professional version of coloring a paper with colored crayons, and coloring over the whole thing with a black crayon). They were a lot of fun, and a great experiment, especially since I haven’t done this type of project since my high school art days oh, so long ago. The boys made their drawing, colored with lead on the back, traced over their design to make it appear on the scratchboard, and etched it out with an exacto knife. 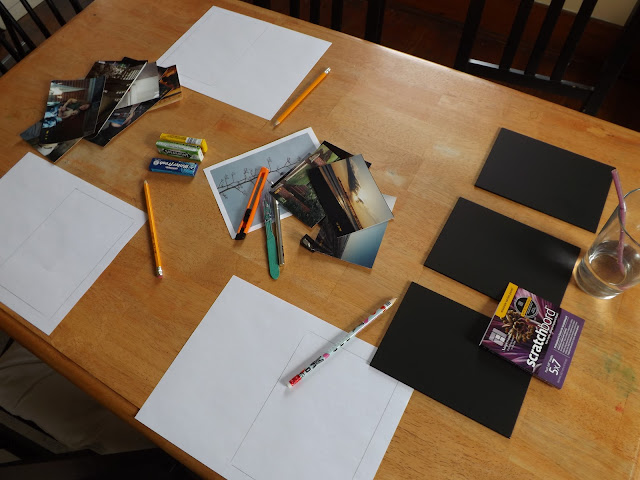 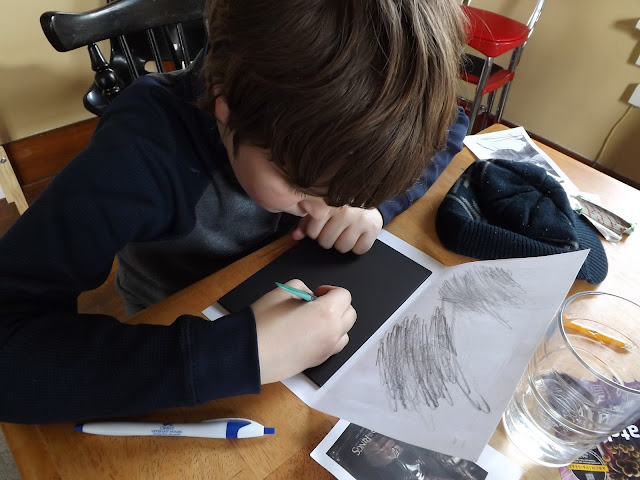 Another great and fun project! One I may have to experiment with again on my own. These boards are available at Hobby Lobby.
Even more than the art, we just enjoy having the boys over. Sometimes our art times are more spontaneous, than well planned out by me, but the play, the visiting, the dinner & movie watching after is what makes the time truly fun. Getting to be there when these guys are growing up is just priceless.
Last night some cooking lessons were even introduced for Ben, who wanted to know how to make his own “Eggs in a Basket” (Fried egg in a cut out hole in bread). We all ended up having eggs, bacon, and toast for dinner at their request..Yum! And Ben even successfully cooked his own breakfast dinner! Way to go, Ben! What he wants to learn to make next he said: Pizza! : )