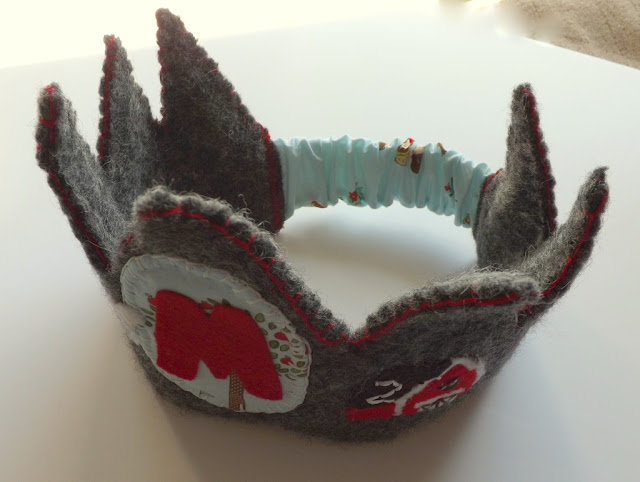 #1. Birthday Crown. Remember how I was inspired this past year to begin a “birthday tradition” for Nathan? The goal on his birthday crown, was to add a special icon or logo to represent every birthday he has. I had the privilege of starting one for his friend, Mauricio, recently. Mo had a Dr. Seuss 1st birthday, and a FARM themed 2nd birthday. Both were astounding and so much fun! 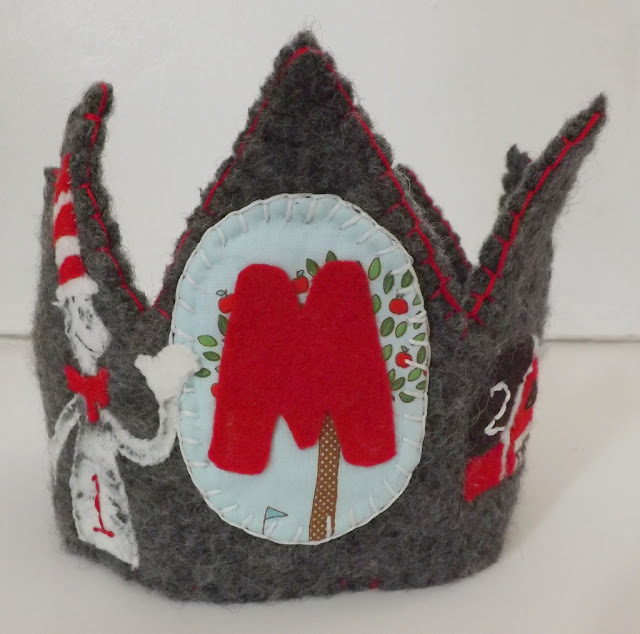 I again, used my birthday crown pattern and a felted sweater (that I felted/shrank from the thrift store) for the gray crown ::  I used 2 layers. I hand-drew The Cat In the Hat, and cut him out (carefully) out of a dozen pieces of felt, glued them together, and stitched him on by hand. I used a black sharpie to color on top of the white fleece for his face and body. 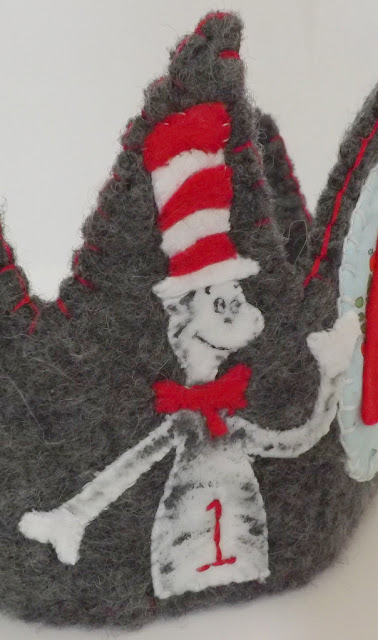 For the barn, I printed out a picture I liked online of a barn (clip art), cut it out, and then cut the same pieces out of the felt. I used embroidery floss to define the doors and to signify which birthday the barn was relevant to. 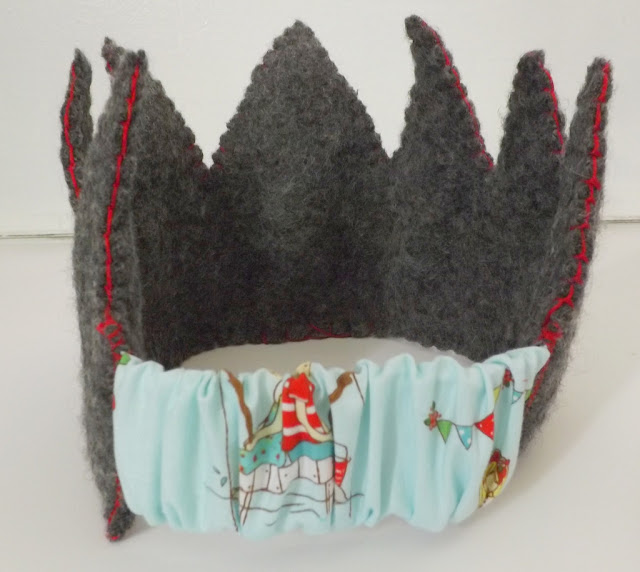 And this adorable turquoise fabric I used on the back elastic band, and underneath the front monogram, was a fat quarter print from Riley Blake that I picked up at our wonderful, local sewing boutique.

#2. A Bento Box Lunch Carrier. This was so fun to make for the first time! My friend, Sidney, generously loaned me her new book, Oliver + S, Little Things to Sew. It has such great ideas in it  to make for our little guys! I just adored this portable cover for a kid’s (or any one’s) lunch box. 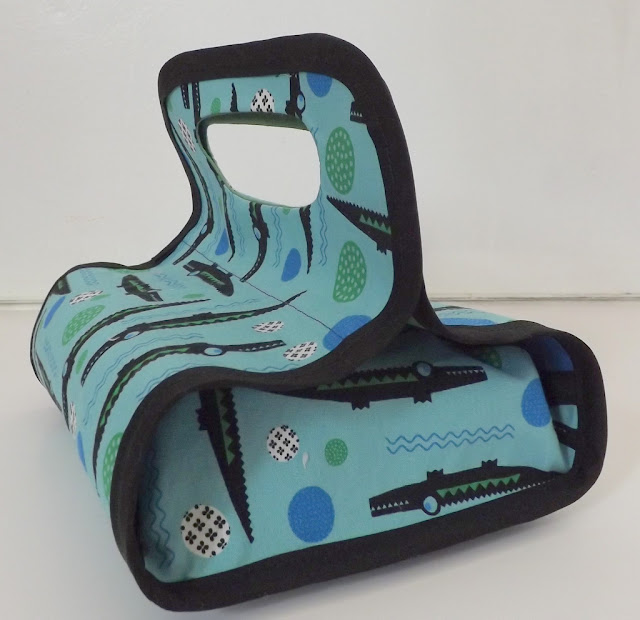 As you can see, it folds up on a plastic storage container very nicely, and when unfolded, makes a
perfect picnic lunch tablecloth for itself! 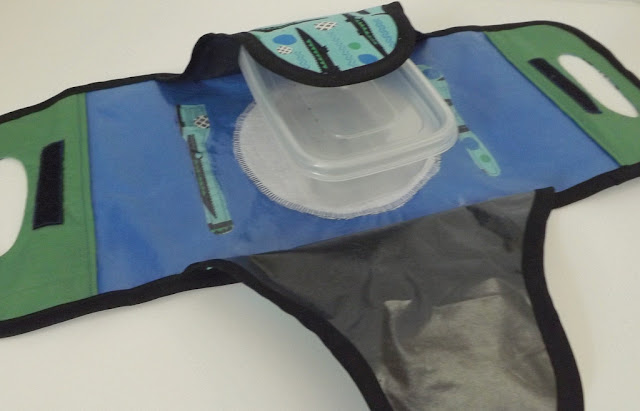 The best part (I think) is that it’s waterproof & washable. I discovered this AWESOME fusible (iron-on) vinyl at Jo Ann’s that can be ironed to any fabric, making the surface vinylized (is that a word???)! It’s awesome! You don’t even have to sew to use this stuff! Say your kid has something you need to waterproof…..well, just get some, iron it on, and voila!!!! Waterproof/washable! And it comes in matte and gloss (although I thought the matte came out pretty shinny, but oh, well). 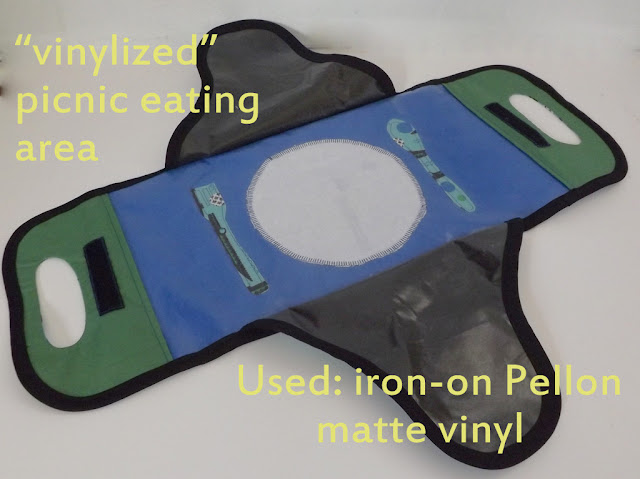 #3. A simple project I made Nathan a while back, but didn’t blog about… a drawstring bag to hold all of his PVC pieces to build with that Daddy made for him. So simple, but fun! I used an old sheet and THIS easy pattern for the bag, freezer paper stencils for the motif.

#4. (x3): On to Steven! He’s made some pretty AWESOME paper crafts lately, and I had to share them with you! This first one is two separate models he handmade of “Toothless” from the movie, “How To Train Your Dragon”. The one on the right that’s laying flat, he actually built white, and then painted the whole thing with watercolors. Amazing! 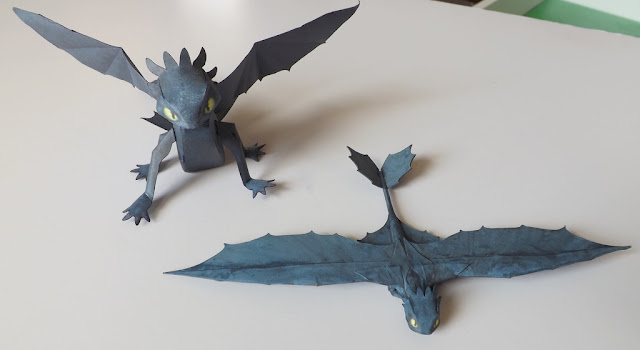 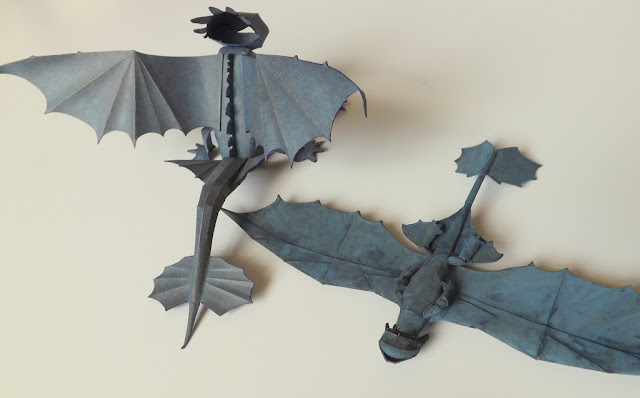 This is an Army plane, a Curtiss P-40 Warhawk. The propeller actually spins! All of his models are made 100% out of white card stock. All the fine details he puts into these just blows me away! 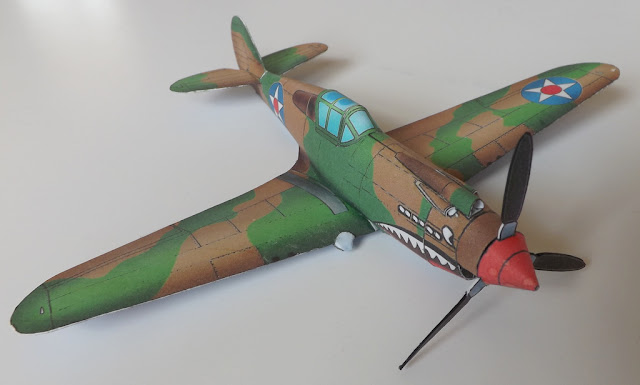 This is his most recent build…. A WWI plane, with Armour Truck. This plane is a DH-4, and is quite an important part of American history. The DH-4 was made by the Dayton-Wright Company (in U.S.), and it was the only American made aircraft flown in combat during WWI (for just short of four months). After the war, many DH-4s were converted to become the first air-mail carriers.

Steven’s model fits in the palm of your hand. The spars are actually thread strands that he dipped in glue, let dry, cut meticulously, and then glued each little strand within the wings, and to the tail. I mean, come, on …it’s impressive! And the propeller spins on this one too!I’m quite giddy! 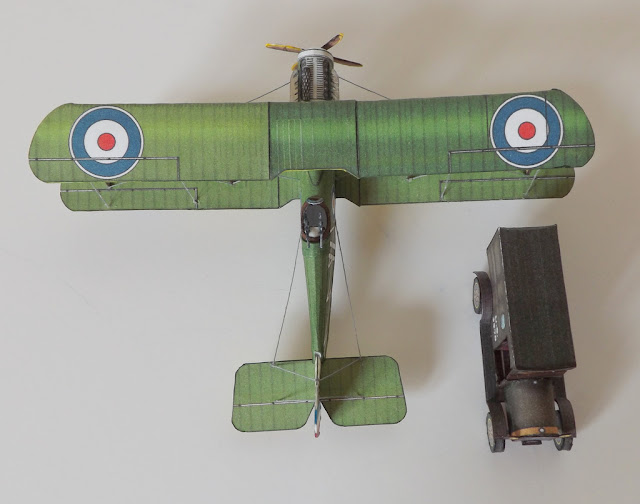 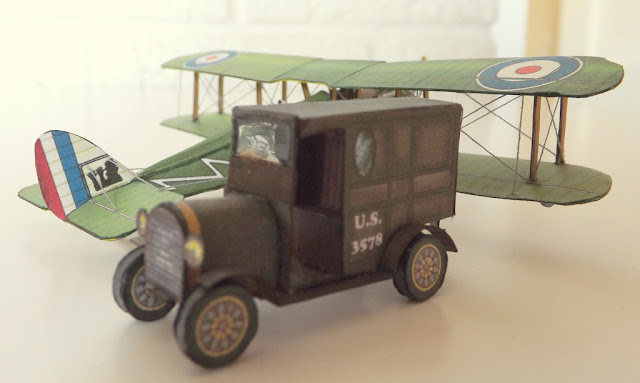 And, yeah,…that last touch…can you see it? He added real plastic to the windshield on the truck above! Wow! I’ve looked over his shoulder and he’s currently working on Captain Jack Sparrow’s Sailing Compass (which will really & truly point North, if I know my husband!). Such a fun (and free : ) )hobby he has! Such a talented man, didn’t I tell you!!!

#5. My “Knitting” Sampler. I know. It’s rough. But, it’s my first one!!! Yea!!! I practiced casting on, a knit stitch for several rows, purl stitch for several rows, and a stockinette stitch (which is alternating rows of knit and purl), before binding off. Not too shabby for my first try. And because it’s just the right size, it’s become another dish towel for my daily use. 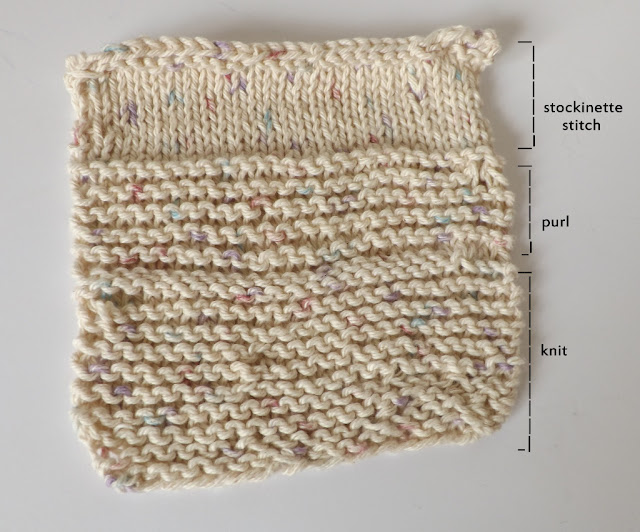 My friend pointed out on Facebook a good point…. I didn’t really mention in my knitting post, where I learned these basics. And I should really give credit to the book I followed to help me learn these which is:

I’ve had this book a long time, and feel it does a very good job with words and pictures of how to get started in the beginning. However, had I not had this, I think I would have turned to YouTube for my beginner lessons on how to knit. They would have done just fine. Sometimes it just helps to see it.

So, should I/ dare I jump right into my baby blanket knitting project now? or, maybe a little more practice first, perhaps?
Hope you’ve enjoyed what we’ve MADE recently!!!!