Skip to content
Last night’s Art with Aunt Joy went extremely well, as expected! And, we all had an absolute blast! After the evening was about done, the pizza and pretzels had been eaten, the movie completed, and our little guy tucked into bed, I got to work on making my own shrinky dinks! The most practical craft I could think of cutting out and designing was earrings. They are easy, the shrunk plastic very lightweight, and I already had a few supplies to make them.
Colored with Sharpies. Cut out. Punched hole. Baked at 225 degrees in toaster oven. Watched. Waited. They curled up…Eeekkk! Waited a little longer, and then….they uncurled and laid flat. Phew. Ready to use. If you need more instruction go HERE. 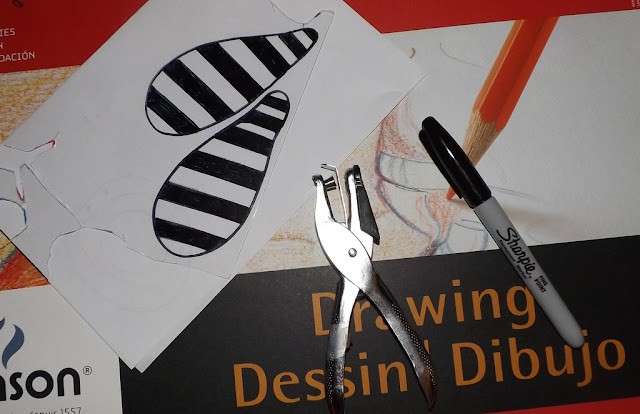 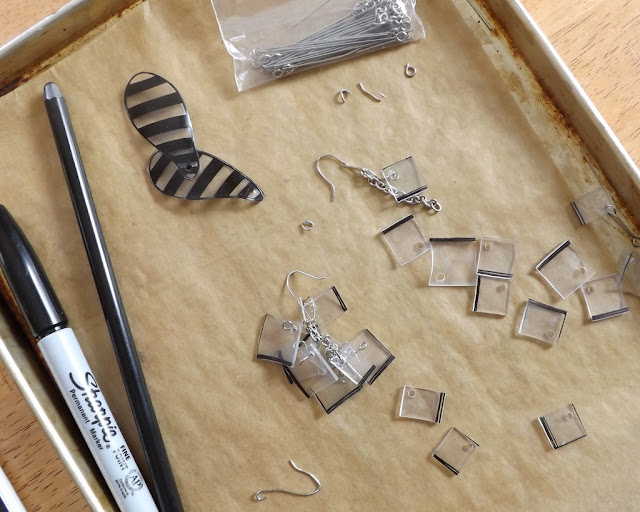 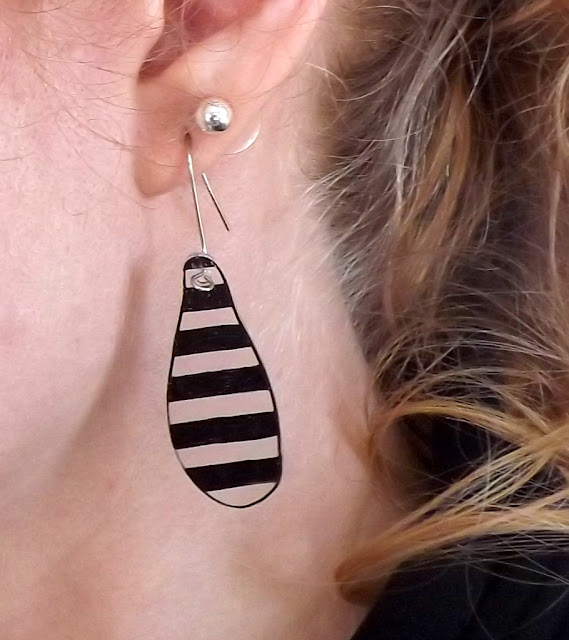 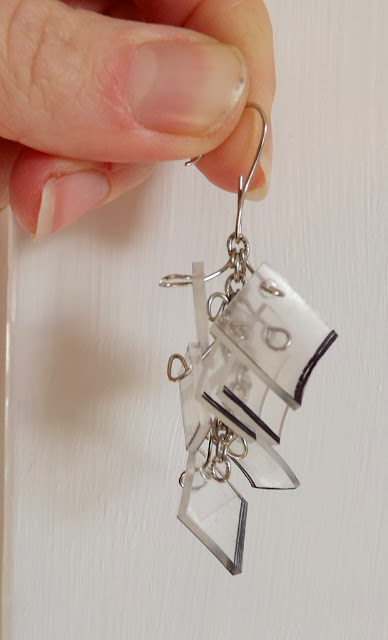 And here’s some highlights from last night…learning about FORESHORTENING.
I took some foreshortened pictures of myself before they came over to help them see what that term meant a little better. 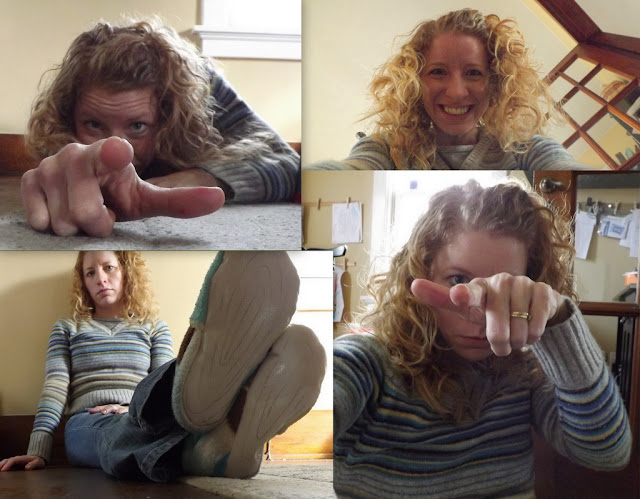 And then we had a blast drawing awesome foreshortened pictures of ourselves! Tutorial HERE (scroll down). I may be a bit biased, but I think the boy’s drawings came out the best! 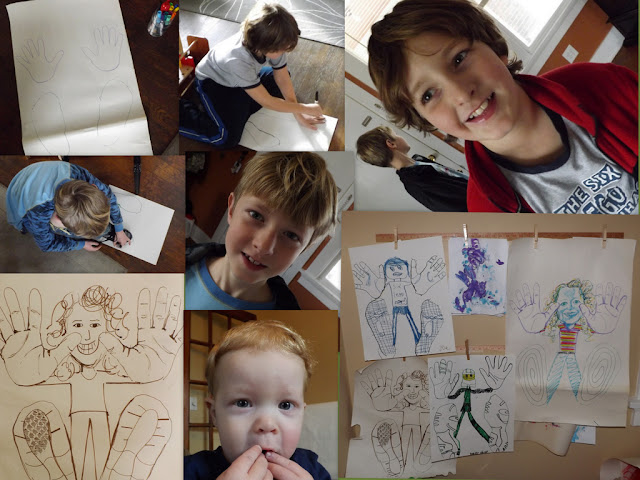 Ben drew himself as a Master Chief and Peter was all blue. I did two versions of myself…one very loosely drawn self portrait and the other cartoony (yes, that’s a word). Little N joined in too, after nap, but mostly with the markers and eating pretzels out of the back of his dump truck.
After foreshortening lessons, we changed tracks to shrinky dink making. So fun! We used BOTH store-bought plastic shrink film & #6 plastic salad bar to-go containers from the grocery. Both worked equally as well! So, I’ll be just picking up the salad bar containers from now on, I think! (Directions above)…… 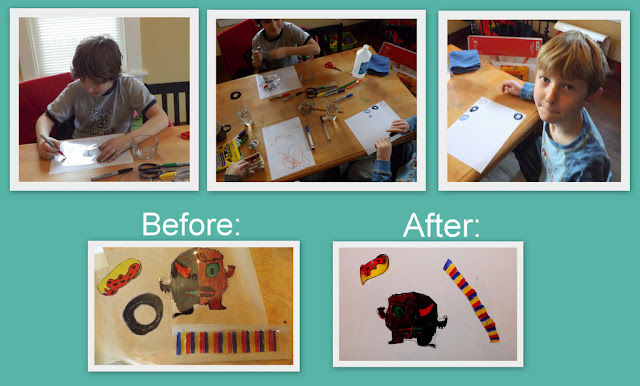 Their shapes came out great, and others not so great, but it was all so much fun! When some of their shapes curled up in the oven, I wish I would’ve known to just wait a little longer and let them unfold, before taking them out of the oven and giving up. My earrings (made later on) turned out pretty well, and flat (which is what we were all hoping for)!
So, now I have more great memories with my nephews and family, AND two new pairs of awesome earrings! What can I make next??!!! Do you see why I never get any sleep? Ha!